The inside of my brain is stuffed full of ideas. Thoughts, reactions, commentary, occasional witticisms. It’s piled high with boxes of topics I’d like to explore. Stacks of life I need to sort through. Hangups to shred. Anxiety to burn. … END_OF_DOCUMENT_TOKEN_TO_BE_REPLACED 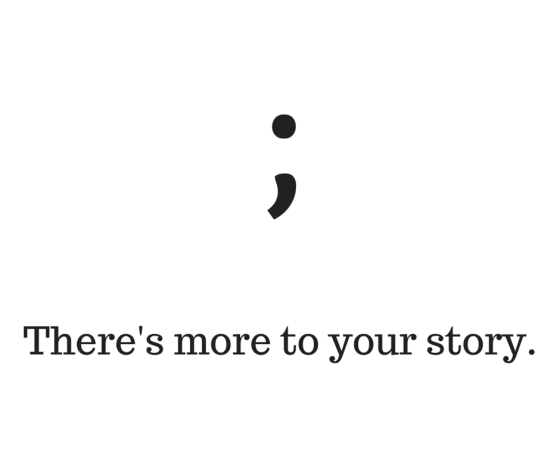 May is Mental Health Awareness month, and something I want to take a little bit of time to write about since this is a cause that is near and dear to me. Mental health is tricky because, in contrast to many other diseases, you can’t always tell when someone is fighting the battle against mental illness. “Mental illness” itself is a term that carries a lot of negative connotations, making it difficult for people fighting against it to talk about their struggles. There’s a definite stigma attached to it and there are a lot of people who will talk about mental illness like it’s something that’s entirely made up or done for attention. In reality, it’s a daily fight that incredibly strong people put up every single day.  END_OF_DOCUMENT_TOKEN_TO_BE_REPLACED

Fear not, because there’s going to be another ridiculous video of Frank reviewing another book in a day or so (it’s recorded but needs the post), but for today I’d like to talk about something serious.

I’ve been thinking about how I should approach this topic here, and in the end, I think I’ve figured out the best way for me to do it.

END_OF_DOCUMENT_TOKEN_TO_BE_REPLACED

What will this extravaganza entail, you ask?

That’s an excellent question. And I’m going to be really honest with you, [insert your name here], I don’t really know. I’m going to make it up as I go.

END_OF_DOCUMENT_TOKEN_TO_BE_REPLACED

It’s not really hard-hitting news if I tell you that I don’t sleep at night. When I was employed, I had myself trained to go to bed and wake up, but with nothing else to do, I can’t sleep at night. This is my writing time. This is also when it’s finally quiet, and therefore when I get a chance to think about things enough for them to get under my skin, but this time it’s in a sad way. END_OF_DOCUMENT_TOKEN_TO_BE_REPLACED

When I was in college (and even in the first two years immediately after), I was manic about keeping a LiveJournal. I did this because I wanted to chronicle every boring thing that happened to me every single day. A few days ago, I got the sudden urge to go back and start re-reading it. I haven’t pored over every single entry, but I read some and I skim some. I started in the middle of the spring semester of my sophomore year (early 2003) and at this point I’m up to where I have just started my last semester of my senior year. I have been driving my friends nuts over the last day or two (at least I assume this is the case since they’ve all stopped answering me) with memories and funny things I read and remember. Or things I read that make me smile or things I find touching. But as I touched upon in an earlier post, I am the kind of person who does stuff like that. When anything reminds me of one of my friends, I immediately want to jump to the phone or the computer and let them know I’m thinking about them. And okay, sometimes my feelings get a little hurt when they don’t care.  But I’ve also become the kind of person who eventually thinks “Ok, I’ve (texted/emailed/called/Facebooked) you (insert number here) amount of times in a row without a response so now I’m just annoyed because it’s your turn.” That’s something totally different that’s probably better left to another post when it’s not almost 3 a.m. I digress.

I quit the LJ cold turkey on my 25th birthday, calling it The Feast of the Quarter-Life Crisis (a joke that came back to bite me in the ass in the form of a true quarter-life crisis a few months later). It was time for a new chapter, and now that I’ll be 27.5 in a few weeks, I think it’s safe to go back and read what I had always considered such boring stuff. The thing is, though, that it’s not. I am constantly being reminded of how much I’ve grown and how much I am the same and yet still different. Some parts of my journal make me really sad, either because times have changed so much or because of the goings-on then. For example, during my junior year, I was diagnosed with major depressive disorder and borderline social anxiety. The journal entries in the month that led up to that diagnosis were so difficult to read. I pushed people away. I woke up in the morning, showered, and went back to sleep, missing days of classes. I left my room only to go to dinner and therapy some days. For all intents and purposes, I was in the bell jar. Stewing in it. Reading those entries brought me back to a lot of those feelings, but I realized a few things from it.  END_OF_DOCUMENT_TOKEN_TO_BE_REPLACED