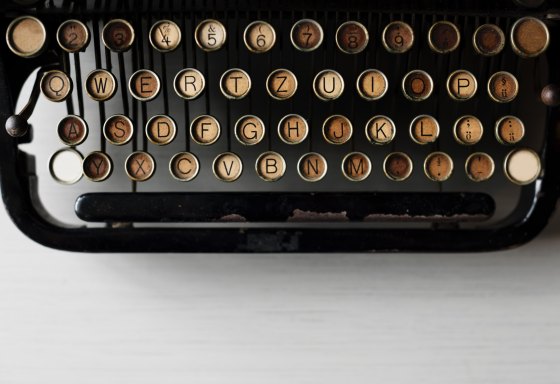 The inside of my brain is stuffed full of ideas. Thoughts, reactions, commentary, occasional witticisms. It’s piled high with boxes of topics I’d like to explore. Stacks of life I need to sort through. Hangups to shred. Anxiety to burn. Without necessarily trying, I’ve built myself a narrow path to get in and out, but there’s no room to move anything right now. It’s been like this for a while.

There used to be plenty of space and room to move around in here. Things just came to me and I would write them. Sometimes they were good and sometimes they were not, but I was never at a shortage and I always knew what to say — even when I didn’t. The things that I could never quite manage to figure out how to articulate vocally I could usually articulate in writing. The windows and doors would open and a nice cross-breeze would come through to make the space fresh again.

And then it all just stopped.

Things started piling up. Ideas got jotted down on scraps of paper or in journals and other notebooks. There was nothing to say. At the same time, there was everything to say; I just haven’t been able to make space for it.

It started at some point in the last year. First slowly and then very suddenly, I realized that my writings are no longer resonating with my audience, in part because (and I mean this with no criticism or self-pity at all) I’m not enough of a mom.

It used to be that I would spend hours writing something, share it on social media, and then there would be decent-enough readership for me. There would be conversation. Then numbers started to dwindle.

I’d like to tell you that I’m not, at least in part, motivated by traffic. I’d like to say that I am 100% intrinsically motivated to write. While it does provide a much needed therapeutic outlet, find me a writer who is 100% intrinsically motivated and I will show you a liar. We get a little rush when people recognize us as writers. We write and publish — regardless of whether it’s on a blog or in a critical journal or lit mag or newspaper — because we want to be read and we want to understand and be understood and we want to offer something up to a larger conversation.

Soon I found that I’d spend hours writing something and basically my only two or three readers would be my best friends. Sometimes my mom.

Meanwhile, on Facebook, someone would share a link to an article on any number of popular family/mommy blogs and there would be tons of conversation and people saying things like, “This is so true that I’m sitting here bawling my face off!!!” Sometimes I’d look at those articles even though I am quite clearly not the audience and be (unfairly) critical. This doesn’t say anything new (do I?). There are so many grammatical mistakes in this (am I too much of a perfectionist?). This is really superficial (isn’t at least some of my writing just like that?). This is so self-absorbed (people 100% think that about my writing too).

To be clear, I don’t begrudge parents their interests, nor their community. Everybody needs that and social media is a wonderful platform for it. I’m kind of a loner and not a parent, so a lot of those things don’t make sense to me. It doesn’t mean I think they shouldn’t exist or that they don’t serve a purpose. But what it does do is jab a little at the feeling I always have that I’m a bit of an outsider. That I can’t connect with people. That I’m so anxious and in my head all the time, I can’t get out. Things pile up around me and the path to the door grows narrower by the day, but I’m just frozen in the middle with thoughts and words that won’t go anywhere.

Sometimes I think the truest version of myself exists only in writing. In text messages and emails and social media posts. In notebooks and journals and Google Docs. In the margins of books, notes, and handouts. There is something a little comforting about that: those things will be left of me even when I’m gone. (I avoid asking myself the natural follow-up question, which is, “But who will even care?”)

Upon realizing that the kind of writing making the biggest impact on my peer group appears to be family-oriented, I became almost immediately demotivated. I don’t think that says anything good about me (I give up too easily; I’m not being creative enough; I’m not looking for my audience elsewhere; I’m lazy; I’m forgetting everything I learned in my writing classes; A good writer would figure it out).

Every idea I have seems stupid to me. Every time I open a new Google Doc and start to write something, I get anywhere from five sentences to a page into it and find a million things wrong. I criticize while I’m writing and end up stuck. I open a new post in WordPress and then trash it because I tell myself no one cares. No one wants to read that. And maybe no one wants to read this either.

At least, nothing that it seems people want to read. Nothing de rigueur. There are no children from which I might glean little lessons on managing a family. There are no travels on which I might learn important life lessons from other cultures. I can barely boil water, so there are no recipes to share with stories about how all my friends go crazy when I cook something (is there a rule that you can’t share a recipe on the internet unless your family doesn’t eat anything but goes absolutely insane for this meal?). Nothing fashionable happening here, so no clothing, hair, or makeup tutorials. No major life revelations while doing yoga or tai chi at the end of a rigorous days-long hike. As a picky eater and chicken finger aficionado, there are no foodie experiences where I can recommend restaurants at which you pay $45 for a single octopus tentacle with a quail egg on it, smothered in kale sauce (I don’t even know if that’s a real thing. I just made that up).*

Also, who can afford all of these experiences they’re blogging about?

I had a conversation with one of my mentors from college (who is also a writer) and explained that I wanted so badly to write and just can’t. That it’s the worst writer’s block I’ve ever had. He told me that I needed to tell my internal editor to shut up.

So I employed a technique that I learned when I took his class 13 years ago. I took an idea. I mapped it out on Post-it notes stuck to my wall by my desk for easy (re-)organization. Over two or three days, I enthusiastically wrote my heart out and it felt great. Ten pages and nowhere near done, I woke up one day in July, looked at it, and said to myself, “Who cares about this? There isn’t a single person in the world who will want to read this. Not even my friends.” I haven’t worked on it since, and I have four or five other recently abandoned documents with similar backstories.

My internal editor is a jerk. A vicious critic. An asshole.

I don’t know how to shut it up, either. I’m working on it.

In the meantime, I’ll just be over here, in my head, trying to make some space.

* Purely as example and not a reflection or criticism of anyone I know who writes about any of these things. Write what you know and write what you have to share. I may be a little jealous of your ability to connect with people, but I would never take it away from you.

Photo by rawpixel.com on Unsplash