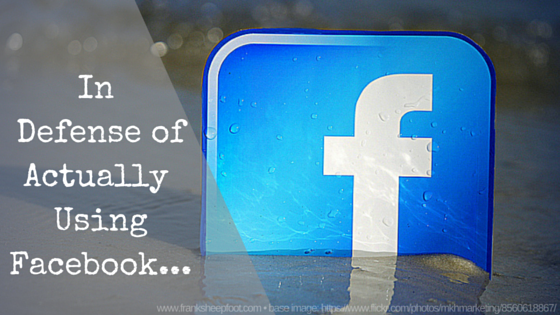 Somewhere along the line, it started becoming “uncool” to use Facebook — for a lot of people, anyway. A campus-only version of Facebook hit my tiny college in the late fall of 2004 or early-early part of 2005. But by March 2005, we had the real thing and like most college students logging on for the first time, we started reconnecting with our high school friends and having disjointed conversations back and forth on each other’s walls (threaded timelines of today = awesome).

And then in 2007, Facebook opened up its doors to the general public, meaning you didn’t have to have a university email address to join. Many said it was going to turn into the next MySpace and die off. Except it didn’t. It thrived. (It continues to thrive. It just had its busiest day ever last week, actually, when one billion people [1 in 7 people on Earth] signed on in one day.)

Still, people didn’t really take too well to having mom and grandma and estranged Uncle Jimbo creeping on their lives. At the same time, we started realizing that social media gives people a platform and some of them are going to use it for all it’s worth, good or bad. People started backing away.

Add to that all of the concerns over Facebook’s seemingly constant string of changes there for a while. Privacy concerns were legitimate (those can always mess you up pretty badly if you don’t know what they’re doing). People backed away a little faster.

There’s probably some link to how old you were when you got Facebook (and thus how prone to addiction you might have been depending on things like whether you had a job or a family that required more of your attention) and how dependent you’ve become on using it daily.

Nowadays (I keep using words that make me sound like I’m 76 years old. “Younger folk.” “Nowadays.” If only I can work some orthopedic socks in here somewhere…), it’s pretty common to be in a group of people and suddenly everyone is talking about what a waste of time Facebook is and how they can’t stand people who post all the time, etc., etc., and how they just don’t use it because …. whatever.

My sense is that these people tend to view it as a site where only pictures of lunches and batch-uploaded selfies are shared or someone doesn’t realize that they don’t have to invite all of their friends to play Candy Crush. They don’t realize what a useful marketing tool it is or acknowledge how it has woven itself into the fabric of society as a means to connect far-scattered friends and families. They don’t see its value for organizing groups of people or getting news about things happening in the world. They don’t realize that you can hide people or create custom lists for sharing different kinds of updates. There are lots of ways you can customize your News Feed to make it less annoying, actually. Here are five of those ways, via Mashable. If you know how to use Facebook to your liking/advantage/whatever, it becomes a lot more useful, and a nicer place to be.

Ok, I will concede that there are some Facebook behaviors that I would prefer to not have to deal with. These include:

I guess everyone’s threshold for annoyance is different. Baby pictures, for example, seem to set some people off. I assume I’ve been hidden for sharing lots of them, but my nephew was born 3 months early and spent 76 days in the NICU and almost died, so I’ll post as many pictures as I want. Most people are happy to see how he’s progressing. I also post pictures of my dog because she’s so pretty and so smart and so nice and charitable and downright gorgeous. 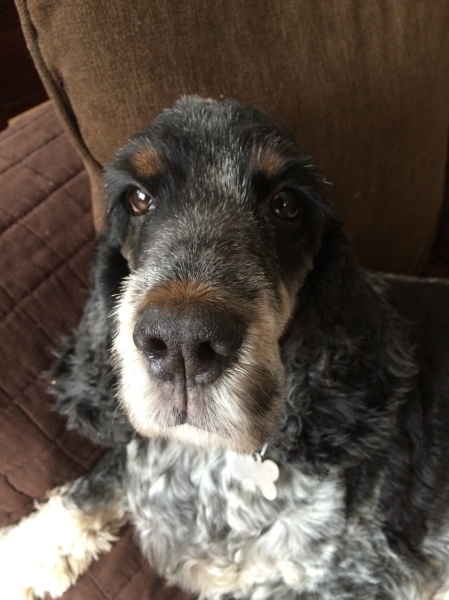 So, all that being said, I’m a pretty avid Facebook user. I don’t feel the need to defend myself as such, but I do want to comment on it, for me and people like me.

First of all, one of the great things about something like Facebook is that it allows you to keep in touch with your old friends (and know a lot of things about old acquaintances with whom you haven’t spoken in 15-20 years. Remember: you get to control the story when it comes to how much they know about you). This effectively eliminates the need for high school reunions. WIN!

It allows you to let people know what’s going on in your life. This is great for those of us who don’t live in the same town as our friends and family. My friends and family are scattered about, so that’s definitely me and a big part of why I am such an avid participant.

When you work at home (I do), sometimes it’s nice to communicate with other people, even if it’s just having a discussion on a picture of the Jeb Bush logo redone as the Jem! logo, and expressing concern over whether or not you will see hashtags like #JerricaForAmerica associated with his campaign. I don’t post a lot of super personal details about my life because I like privacy and my open-book days are over (so it is possible to participate in social media and still not tell everyone everything about your life). Instead, I try to keep things pretty light these days. I try to impose a “no ranting” rule and avoid political topics. I mostly like to share things that are interesting or funny and discuss them with other people. 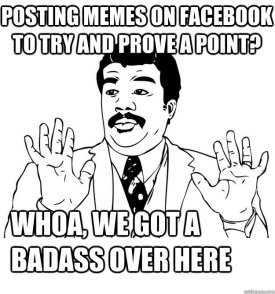 Facebook, being a social media tool (I am also kind of a social media tool?), is meant to be social. So I’m always a little confused when people complain about and judge others who post stuff every day (assuming that they’re at least mostly relevant, drama-free posts). Of all of the annoying Facebook behaviors out there (and we are all guilty of at least one), using Facebook shouldn’t be the thing that pisses other people off about you. There will always be ravers and ranters and someone hoping to convert you to their beliefs, and while we all love reading the comments on a good Facebook fight, it’s not the way to show you can use it intelligently.

Finally, there’s the argument that if you’re so busy living online, you can’t possibly be living offline. I don’t think that’s necessarily true (although it might be for some). In my mind, what I share online is an extension of the life I live.

I post on Facebook almost every day. Sometimes two posts. This makes me a little bit reluctant to accept new friends because I’m also very self-conscious and afraid they’re going to start hating/judging me because I use it. That’s kind of ridiculous when I write it out. I was never known for not being ridiculous. I am a writer, though, and social media is a form of writing I happen to enjoy. It also forces me to look for the more “share-worthy” events in my life and recognize them as they happen (you know, so Facebook can remind me about them later). That’s something that writers have been doing for ages, anyway. Social media just changes the outlet.